There was a time when handing over banknotes or coins to complete the exchange of goods and services was viewed as the norm. The physicality of the transaction represented not only its completion but also provided a degree of intimacy and immediacy – a one-to-one exchange with the value of its secured through the transfer of money and with ‘cash in hand’ for ready use by the receiver. 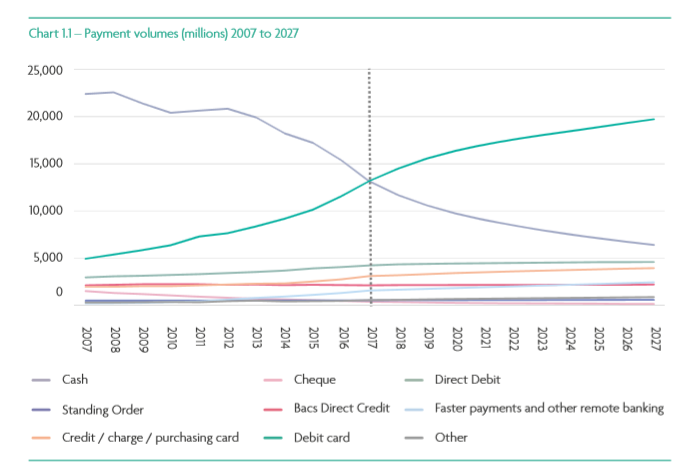 Towards the end of 2017 in the UK the use of cash as the primary way to complete such exchanges was replaced by the use of debit cards (UK Finances). There were 13.2 billion debit card payments in 2017, an increase of 14% on the previous year, with the use of cash continuing to decline in 2017, falling by 15% to 13.1 billion payments (34% of all payments). The vast majority of the population (98%) now hold a debit card and most people use them to make day-to-day payments, and increasingly this has been through contactless payment.  In contrast, although most people continue to have access to cash the use of notes and coins to make payments was dropped steadily. Whilst in 2017 it represented 1 in 3 transactions, a decade earlier case has accounted for 61% of all payments. 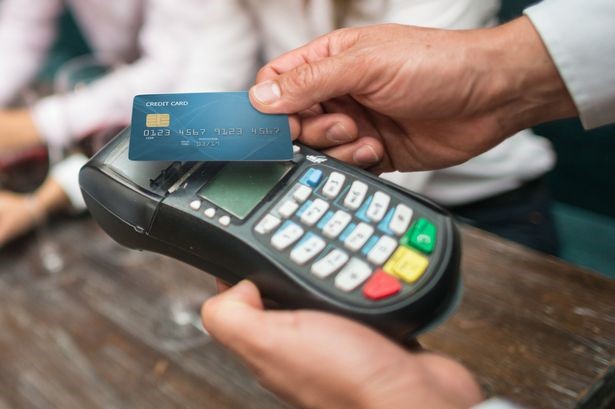 The current Covid-19 pandemic is likely to accelerate this trend. And it is likely to increase the already fast growth in use of contactless payments.

The physical exchange of cash has itself become problematic. Concerned about the potential transference of the virus on the surfaces of money (or for that matter on debit and credit cards) has led to those outlets still in operation to request contactless exchanges. Rather than offering a sense of security the exchange of notes is now a threat.

This does not mean that the UK will become a cashless society – but if the current situation continues it is likely that many more people who have been used to using cash will be forced to experiment with contactless payments.

This shift in behaviour may not be permanent but concerns such as that expressed only a few months ago of ‘sleepwalking into a cashless society’ (https://www.thisismoney.co.uk/money/markets/article-7690759/Fears-Britain-sleepwalking-cashless-society-Tap-card-payments-surge-223m-day.html ) may prove unfounded as more people get familiar with cashless exchange and adopt this practice.

Until recently much of the debate over the cashless society has been about those ‘left behind’ or marginalised as access to cash has been reduced both by the closure of high street bank branches and the reduction in free to use ATMs. The shift to contactless payment for the coming weeks are likely to reframe the future debate towards those who don’t have such payment options.